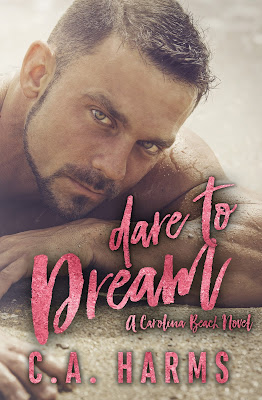 After the sudden death of his wife two years ago, Darren Griffin has finally found peace. He has a good life, good job, two daughters he’d do anything for, and a beautiful home on the beach.
Greer Monroe is grieving the loss of her father. It’s the final rung on the broken ladder that’s become her life—crappy job, no friends, and a cheating ex-boyfriend. At the insistence of her aunt, Greer decides to spend some time at her family’s beach house.
When the glee-filled sound of children’s laughter dances through the breeze, Greer finds herself smiling again. The neighbor girls are carefree, depicting a life Greer has only dreamed about. Husband, children, happiness—a family. And their father, Darren, he’s everything a woman could ever want.
But it is, of course, only a dream.
She can’t stay at Carolina Beach, no matter how much she adores Darren and his daughters. She has responsibilities at home, a mother who needs her. Where there’s love, there’s heartbreak, and she can’t go through that again. And she sure as hell won’t do that to those little girls.
But Darren isn’t letting her go that easily. It’s been so long since he’s felt this way for anyone. Greer is his missing piece, a piece he never thought he’d find.
Saying goodbye is hard, but sometimes starting over is even harder.
Only when they dare to dream again, will they ever dare to love. 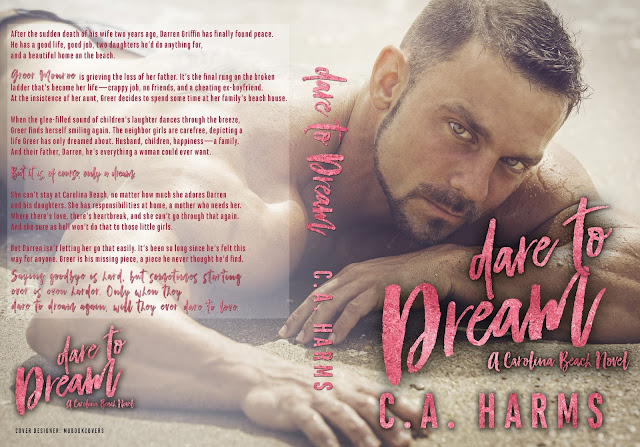 I love HEA stories, as long as they come packing a little heat. I need some excitement, some angst, and moments that make me fan my face are always good too. I am an Illinois girl, born and raised. Simple and true, it honestly doesn’t take much to make me happy. I love the little things; they truly mean the most. I may have a slight addiction to my new Keurig—oh my, that thing is a godsend. And so fast too. I have two children who truly are my very best friends, and their faces never fail to put a smile on my face. I have been married to my husband for sixteen years, and even though at times I want to beat him with a stick, I would never change the years we have had. We have learned and fallen, only to pick each other up, dust off the ache, and help each other make it right. I am one of those authors that adore my fans. I love to hear from you. After all, it is because of each one of you that I continue to write. I look forward to your feedback.Be sure to follow me to stay up-to-date on all my upcoming releases.