Somewhere to Begin by Mika Jolie 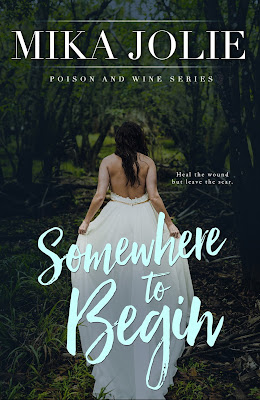 There are wounds that never show on the body. For twenty-nine years, Colbie Bennington does as expected with an eternal smile stained on her lips. The biggest chances she’s ever taken can be counted on one hand, three fingers to be exact—her battered red chucks, painting her toenails a vibrant blue, and her wedding dress. Always the dutiful daughter and a Stepford fiancée, she has never acted on impulse, never been in love. She’s never lived. On her wedding day, Colbie ends a toxic relationship, drops the fake smile, and says, “I can’t do this anymore.” Navy SEAL Zander Serrano returns home broken and burdened with a volcano of remorse. Too trapped in a mental war to be at peace and too damaged to be at war, he shuts the world out. The last thing he expects is to feel, especially for a runaway bride with her own baggage. Two empty hearts marred in different spots find themselves drawn to one another. Each with their own scars. Some, the world can see. Others, unseen to the naked eye. They say two broken people should not be together. But for Colbie and Zander, their attraction is undeniable, unexpected. Can two souls with fractured parts be the best cure for each other’s wounds? Starting over is never easy, but sometimes in life, everyone needs somewhere to begin. 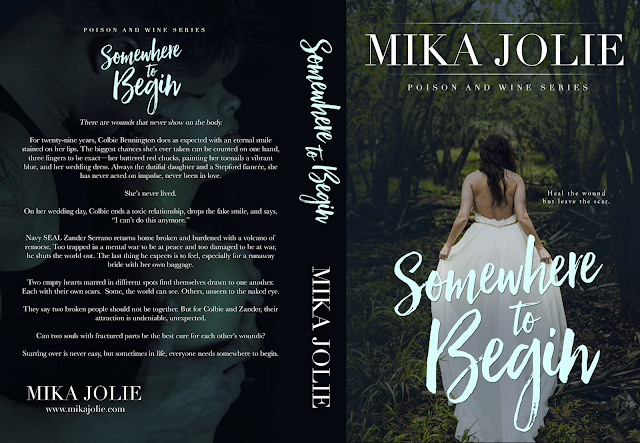 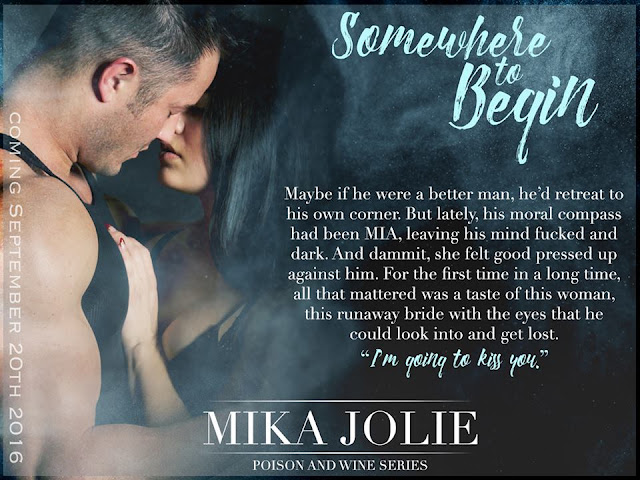 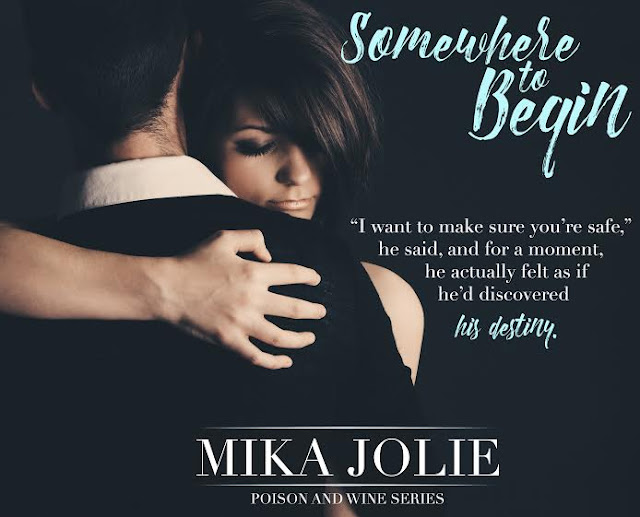 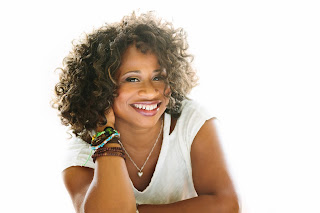 Mika Jolie is the bestselling author of the Martha’s Way series. She lives in New Jersey with her Happy Chaos—her husband and their energizer bunnies. A sports fanatic and a wine aficionado, she’s determined to balance it all and still write about life experiences and matters of the heart. Let’s face it, people are complicated and love can be messy. When she’s not weaving life and romance into evocative tales, you can find her on a hiking adventure, apple picking, or whatever her three men can conjure up.

She loves to hear from readers. Connect with Mika on Facebook, Twitter, Goodreads and Amazon.
For latest news on her current works-in-progress, interviews with fellow authors, or just to see what she's up to, check out her website: http://www.mikajolie.com or sign up for her newsletter http://mikajolie.us8.list-manage1.com/subscribe?u=031e437e36c82d666bd5f3d46&id=af83626053 where you can hear her latest news and enjoy giveaways.