When Dr. Nick Gardiner goes on the run from a psychotic ex and ends up at Olympic Cove, the last thing he expects to find is his friend Ian living with two redheaded demigods and learning how to be a storm god. Adding to the confusion is a wounded merman named Aidan who washes up in the cove, requiring Nick’s professional help. As it turns out, the handsome mer and his partner Liam have other plans for the ER doctor — to claim him as their agapetos, their destined mate, and fulfill his need to submit. 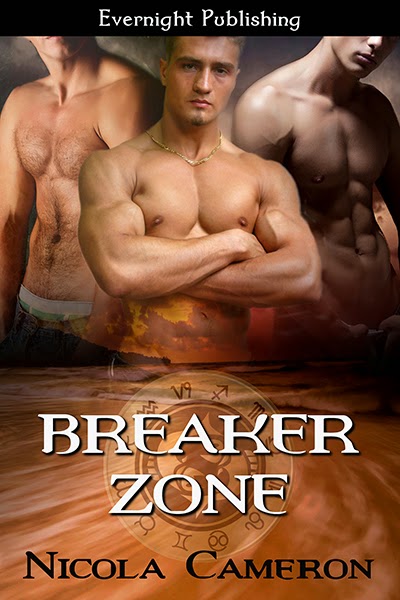 Nick headed into the master bedroom. The bed looked insanely soft and comfortable, and he felt an intense urge to do a faceplant into the coverlet and let sleep take him away.
Someone cleared their throat, and he turned to see Aidan and Liam in the bedroom doorway. “Where should we sleep, Nick?” Aidan asked.
That was a good question. He scrubbed at his face, trying to think. “Do you need to go back into the water?”
“No, we’re good for a day or two at least.”
“Okay. I guess there’s always the guest rooms.”
A flicker of disappointment ran through those green eyes, but Aidan nodded. “We’ll let you get some sleep.” He turned to leave.
“No.”
Nick’s eyebrows went up. “Excuse me?”
“No,” Liam repeated, calm but unmovable. “We’re supposed to be your bodyguards, according to Lord Chiron. That won’t be easy if we’re sleeping in separate rooms. We need to sleep in here with you.”
Annoyance bubbled to the surface, tempered by the allure of curling up between his mers. “Look, no offense, but I don’t think that’s a good idea,” he said, trying to sound firm. “I’m really tired, and I don’t think I’m up for anything tonight.”
Liam stepped even closer. “We’re not supposed to leave you alone,” he said, hazel blue eyes shadowed in the twilit room. “Listen to me, chuisle. You’re exhausted, and understandably so. You were threatened by your former lover, and then you had to deal with one of the most powerful gods on the planet, followed immediately by a long study session. You’ve done enough for the day. Let us help you relax.”
That low voice, like a cello with its rich intonation, was impossible to resist. “Just relax?”
Liam smiled. “More if you’re in the mood. But it’s up to you.”
He didn’t want to admit it, but he was already getting aroused at the thought of both of them touching him. “I … okay. Yes.”
The tall mer took his hands, lifting each one to his mouth in turn and kissing it. “Yes, Maighstir,” he said with a smile.
It sounded like ‘master’ with a Gaelic lilt making it into ‘maister’. Nick’s last bit of resistance disappeared, and he felt boneless with pleasure at the anticipation of what was to come. “Yes, Maighstir.”
“Mm. Good boy.”
***
Liam let Nick’s hands go. They dropped to the human’s sides and Nick’s dark head tilted, exposing the long line of muscle and tendon just waiting to be decorated with bite marks and sucking kisses. Oh, their chuisle knew how to lure attention.
But Liam knew how to wait. Instead of putting his mouth to Nick’s offered throat, he whispered, “Now, we’re going to take off your clothes.”
A shiver ran through Nick at that. Liam paused, trying to judge if it had been caused by lust or fear. The reality of the situation came back to him—the last time Nick had played with anyone, his trust had been shattered and his body damaged. They were swimming through shark-infested waters here, and one wrong move could drive their mate even further away from them.
He bent close to Nick’s ear again. “If something upsets you, you will tell us immediately, do you understand? We’ll sit down tomorrow and have a long talk about what you can and cannot do, and I swear to you that Aidan and I will respect your limits. But tonight is purely for your pleasure and comfort.”
He heard Nick swallow, and the shivering died down. “Good. Now, take a deep breath.”
Their mate’s ribcage expanded, filling with the air all his kind needed. “Another.” Liam ran his hands over Nick’s shoulders, enjoying the feel of the curved muscle there. “Good. I’m going to take off your shirt.”
Moving with deliberation, he slid all the buttons through their holes, tugging the smooth fabric off and tossing it to the side. He took in a soft breath, admiring Nick’s body. His muscles weren’t as pronounced as a mer’s, but his back and shoulders had beautifully delineated hollows and rises that implied strength and agility. Liam’s mouth watered with the sudden urge to bite into one firm shoulder.
Instead, he ran just the pads of his fingertips across Nick’s skin, tracing the outline of his upper body. On the other side Aidan had stepped closer, running his own fingers along Nick’s chest and abs. Their mate made a soft, hungry noise deep in his throat, and Aidan flashed that irresistible smile. “I think you like this, chuisle.”
“Mmm.”
Liam leaned close, nipping Nick’s earlobe again. “Use your words,” he ordered gently.
“Yes, I like this, Maighstir.” The response was soft, almost dreamy.
Liam caught Aidan’s eye, then glanced down meaningfully. At the same time he slid his hands down Nick’s arms, gently ringing his wrists and drawing them behind his back. “You’re still wearing too much.”
“Far too much,” Aidan agreed, sinking to his knees. Liam watched over Nick’s shoulder as the other mer started undoing Nick’s belt, teasingly drawing the leather through the loops, before easing down his zipper. Nick made another noise, deeper this time.

He likes being restrained and controlled. Liam felt his own desire rise, and firmly corralled it. Tonight is for him, to show him he belongs with us.


Nick gasped suddenly, twitching in his grip. Glancing down, Liam saw his other mate planting an open-mouthed kiss at the base of Nick’s hardening cock through his underwear.
“Did I say you could do that, boy?” he asked Aidan, putting a growl into his voice.
The green-eyed mer leaned back, face shadowed in the room’s dim light. “I’m sorry, Maighstir. I couldn’t resist a taste.”
Liam was tempted to correct him, but their focus had to remain on Nick. “I’ll deal with you later,” he rumbled, and saw goosebumps rise on Nick’s skin. The idea obviously appealed. “Hm. Would you like that, chuisle? I could tie you to the headboard and make you watch me punish Aidan. I’d bend him over the end of the bed and turn his ass a lovely red as you watched. Then I’d put him on his hands and knees and fuck him while he looked at you.”
This time both his mates groaned at the image he’d created. “I wouldn’t let him come for a long time,” Liam murmured, enjoyed the sensation of his own cock plumping out and pressing against the fabric of his shorts. “And every time I thrust into him, his mouth would come closer and closer to your cock, almost close enough to suck it. But never quite close enough. And all the time I was fucking him, all you could do is sit there, hard and aching so badly, and watch us.”
Nick’s head dropped back onto his shoulder. “Please, Maighstir,” he whispered.
“Mm. Such a good boy.” He nodded at Aidan, and the other mer finished taking Nick’s trousers down, then his briefs. “If you’re very good and earn it, I may let you come tonight. No promises, though. 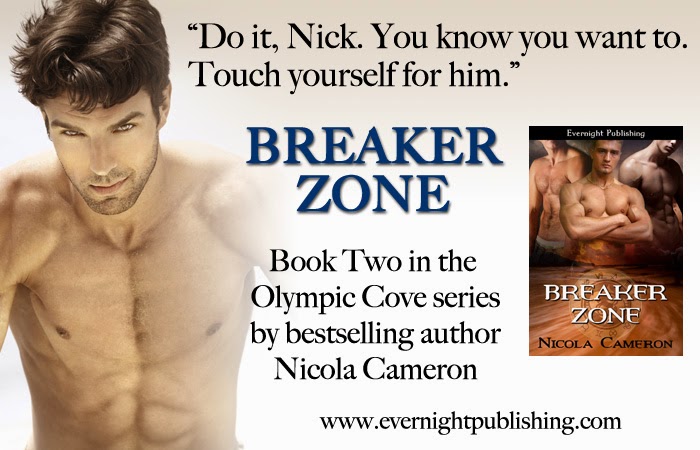 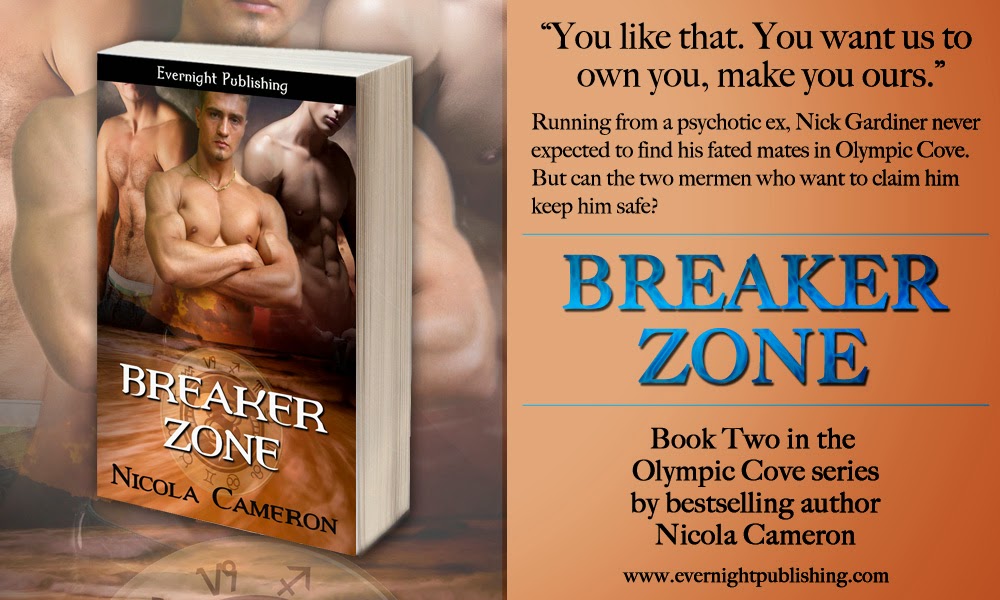 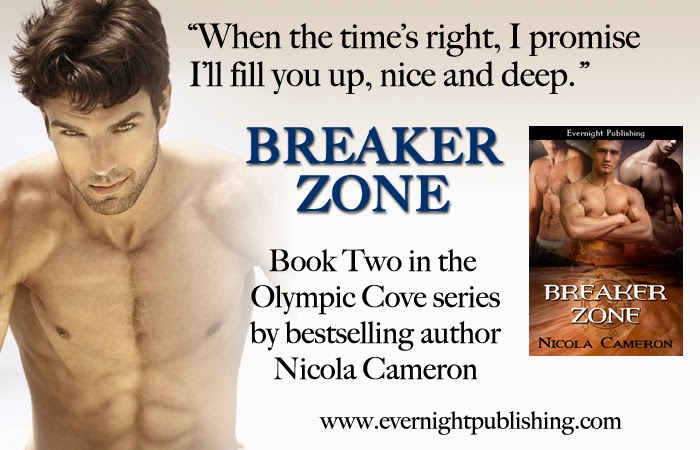 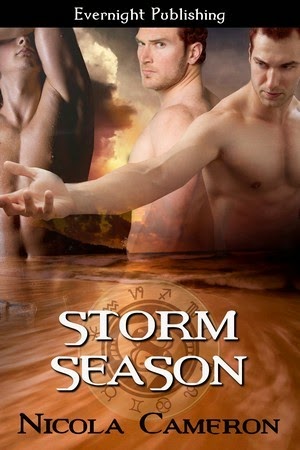 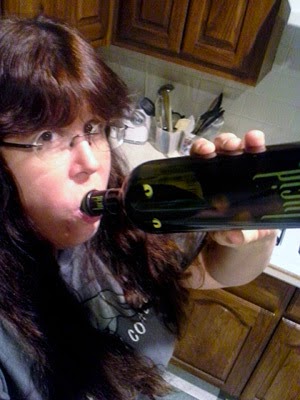 Nicola Cameron is a married woman of a certain age who really likes writing about sex. When not writing about sex, she likes to knit. And she may be rather fond of absinthe. Well, it’s true!