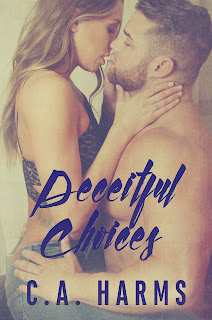 The damage is too deep.

The effects are too strong, and the path they lead you on can be devastating.

One lie only led to another as Lindsay tried to be someone she wasn’t. She wanted just one moment to pretend she didn’t live the life she had been cursed with.

She wanted to live without regret.

Live for the moment.

She wanted to laugh and smile without feeling as if at any moment something or someone would corrupt that happiness. But all lies have a way of resurfacing. Those deceitful words can come back to haunt you, leaving you as the one heartbroken and alone.

Zack had taken a trip with a fellow Navy SEAL. Just a weekend away to regroup. Never had he intended to find the girl who would jumpstart his heart.

Only then to destroy it.

But the shattered pieces of his trust weren’t the only things he left behind when he walked away from Lindsay. There was now an innocent life that had been thrown in to the mix.

But Lindsay wasn’t the only one who lied...

The odds were stacked against them. There was someone doing everything they could to keep them apart.

But when the truth is told, and those secrets are revealed, they must decide if they have what it takes…
To survive the deceit.

ADD TO YOUR TBR ON GOODREADS 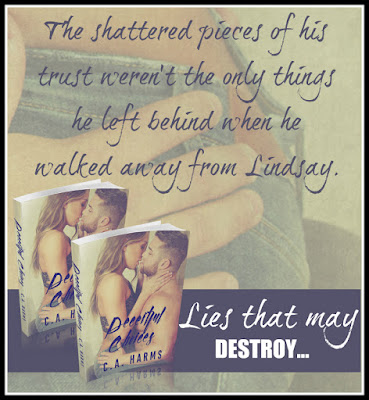 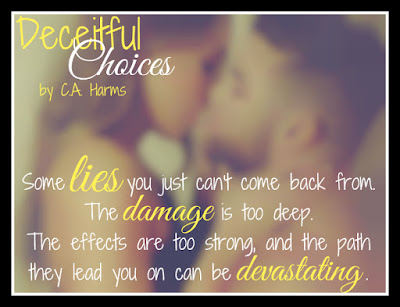 — EXCERPT —
Prologue
We all have those moments that make us realize just how careless we’ve been. Those moments when we wish we could go back and change the way we acted, or the things we said. Reroute our path and make it better—better choices, better outcomes.

If only we could take one small lie that escalated to heights beyond repair and be truthful.

Lies—to some they were just words spoken, but to others, they were so much more. A turning point in a relationship or friendship that finalized its future.

Some lies you just can’t come back from. The damage is too deep.

The ones I told recently were destructive. They could have destroyed a good man had the right people found out.

Even though I tried to fix it, tried to explain, it was hopeless. The damage was done and I found myself alone.

Picking up the pieces of my own deceit and learning from those mistakes.

One lie changed my life. It woke me to the reality that just a few words could forever change someone’s life.

I spent my adolescent years believing I wasn’t enough. My parents were never supportive; on most days I felt as if they couldn’t wait until the day I moved out and moved on. I’d heard a few times how my father didn’t even want children, and that my mother had trapped him.

He was a selfish man and in turn, my mother became selfish too.

I’d have been better off if they’d given me up for adoption. I never understood why they didn’t.

My father was heavy into gambling and my mother was oblivious, or she pretended to be. As long as she was able to have her weekly manicure and a bottle of vodka, she was set. Being drunk was her vice; she didn’t have to deal with reality if she was passed out.

They were the ones who taught me one lie could get you out of almost anything, if you told it correctly.

But they couldn’t have been more wrong. 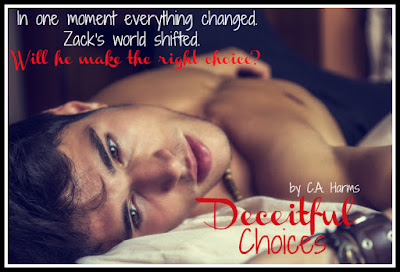 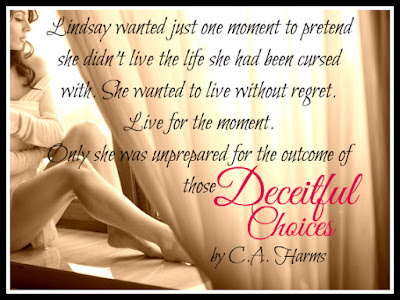 C.A. Harms is like any other addicted reader. She enjoys happy endings and HEA love stories. She hasn't always been a lover of Romance and had once been addicted to a good Mystery. Just recently she has taken on a new liking and now is a full blown Romance novel addict.